- February 12, 2018
The year has just begun and I feel like it's already passing by in a blur. Early in the month H had his birthday party.. we had requested no boxed gifts, thankfully most people complied and with those gift cards we got H a gift we thought he'd love.. and he did love it.. for about a week! 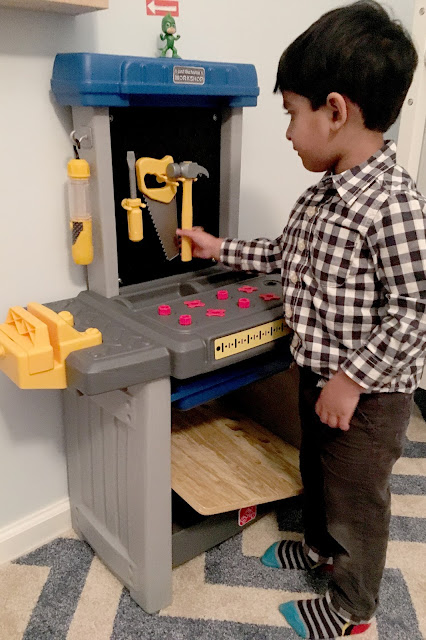 and then one Saturday morning he asked me to sell it. They have understood the fact that mommy likes to sell the things no one is using and or things we do not need.. and so now he quite often asks me to sell his broken toys, used crayons and so on so forth. After double and triple checking with him M packed it up and off it went to another child's house who will hopefully love and play with it for longer than a few days.

What H does love are his Lego's and Magformers. 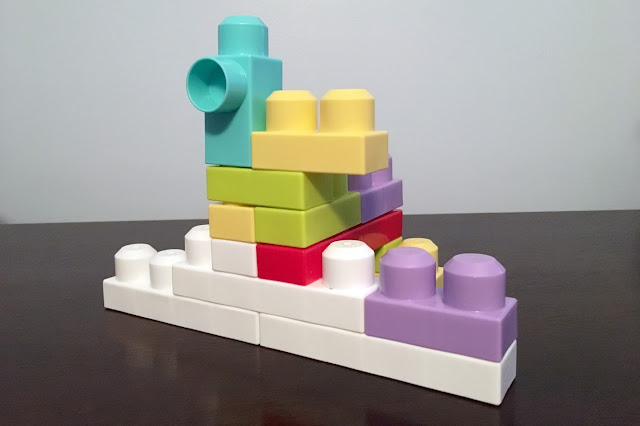 What we have here is a Booger Cleaner.. it's for the kids who like to eat their boogers.. when the stomach becomes full of boogers you put this in your mouth and it'll suck out all the boogers! Ew. 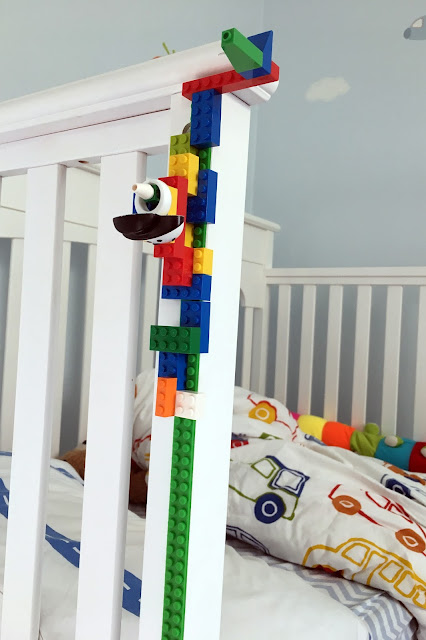 We also just recently discovered these brick tapes.. you can stick them anywhere and build on them. And they remove easily without peeling paint or leaving behind residue. I even find myself playing with them.

Towards the middle of January my in laws arrived and the boys were ecstatic.. by the end of this month they will be gone again.. off to visit their daughter and her kiddo's. While they are here we hosted two events at our home.. both of a religious nature.. so while not exactly fun but they did require a lot of preparation, cooking, cleaning and the god awful job of getting people to RSVP. I used Paperless Post to send out the invites and it made tracking RSVP's so very easy but I still had to remind most people more than two times via email and then once via text and some even got a phone call asking them to please for the love of God RSVP!!! aRGH. I am so over hosting for the next few months..

D has been complaining about not being able to see things from afar so we scheduled an eye appointment. Thankfully everything checked out. But the doctor did warn that if he is not careful he will most likely end up with glasses sooner rather than later, especially considering the fact that both M and I have had glasses. Thank God for Lasik! 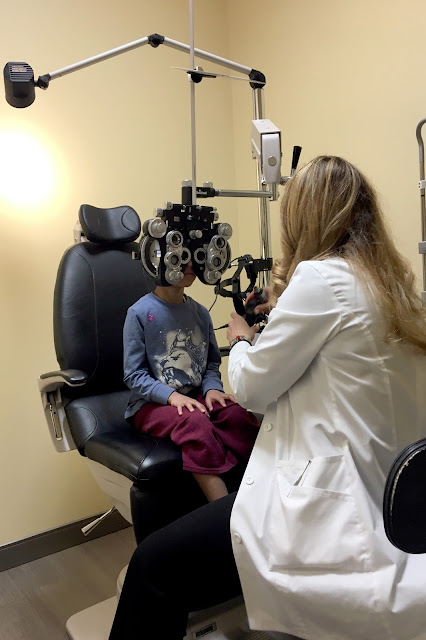 February is a big month for us.. M and I both celebrate our birthday.. back to back, only a day apart. Our birthdays came and went by in a blur last week. M was working from home but he was so busy. I bought myself a cake, ate at home and by the end of the day almost forgot it was our birthday. Don't worry.. it's not all depressing.. we have some plans of a belated celebration.. :D The last two years we have been going away.. even if it's somewhere local.. even if it's just a day.. but we go somewhere. Last year we went to Vegas.. part 1 and part 2. The year before we stayed local. This year we'll be staying local again but we are excited and counting down the days!

We did manage to sneak out with some friends on Friday night.. it wasn't supposed to be a birthday dinner.. just a catch up but someone tipped them off that it had been my birthday a few days earlier.. though conveniently forgot to mention that he had one too.. so I got all the attention! 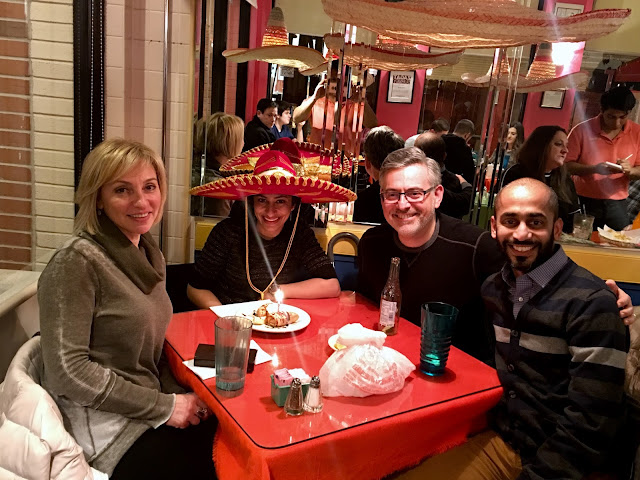 Sometimes the gray winter days and the craziness of life make me feel a little blue. What do you do when you find yourself feeling blue.. me? I like to plan a vacation. Looking at wanderlust pictures isn't enough.. I need to actually plan it.. it gives me something to look forward too 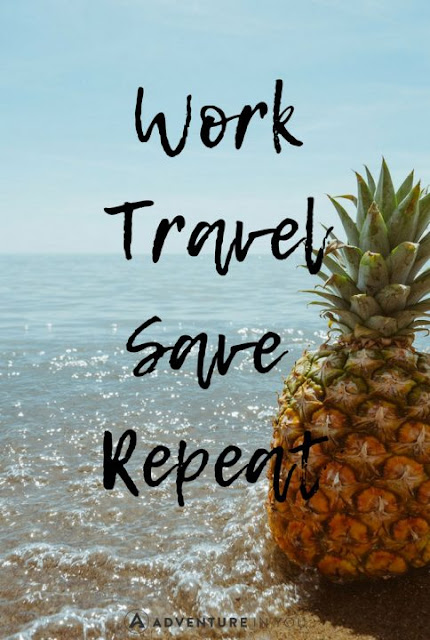