- December 09, 2013
When the wall between our family room and kitchen see details here came down we had to deal with two different flooring, old carpet and newish laminate. The plan was to find the same laminate.. we found the box in the basement, how hard could it be? Harder than we thought.. that particular one had been discontinued.. and finding something similar was not an easy task..

Finding a flooring that was kind of close but not close enough would seem like a mistake.. so we decided to go different, this way it would seem like an intentional design choice.. I had always wanted a chocolaty dark floor.. The next thing to take into consideration was the transition between the two floors.. generally what is used it a T- Moulding, that strip you see in the above picture connecting the two floors together. Not the prettiest option. Pinterest to the rescue.. 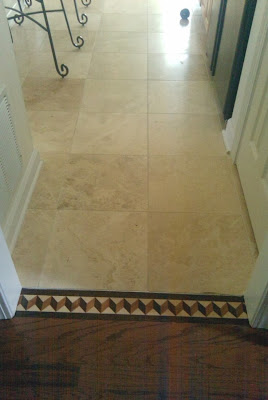 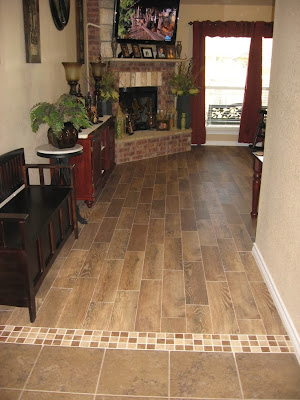 Adding tile to the mix would help to blend the two different brown together and there would be no awkward bump in the flooring because of the molding.. Turns out you can't do that with two laminates.. : ( There is something about expansion and warping.. so we were back to the molding. 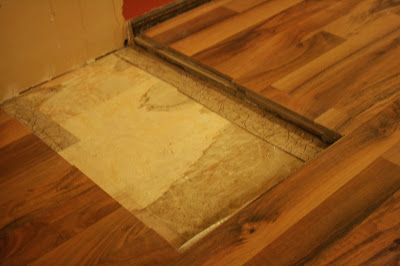 Then my contractor removed the desk that was fixed to the wall and kitchen corner and we discovered a huge chunk of the laminate missing leaving behind a rather deep hole! We didn't have more flooring.. as D would say 'catastrophe!' My contractor's suggestion.. fill in the hole with plywood and then hid it under furniture.. we seriously considered the idea.. it would have to be something waist high.. nothing so tall that our light switch would be hidden. Nothing with legs through which the plywood could be glimpsed.. It's one of things were you have a pimple forming, no one can see it but you, but you believe that it's the only thing people can see and it's enormous. 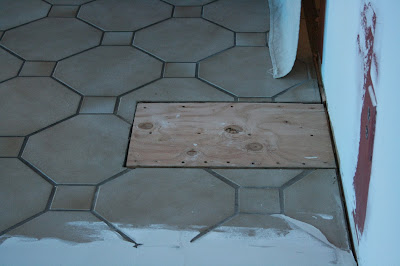 We thought about it for a few days, did the maths and made a decision. This is our home, we plan and hope to spend a few decades here, we are already spending the money to create our dream space. Is it really worth it to make a compromise when it will only cost a few more hundred dollars to make it perfect? 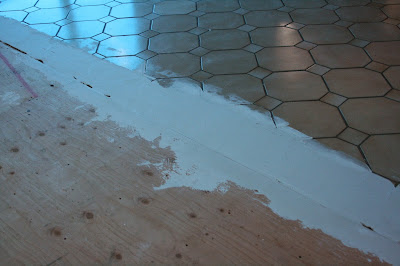 We ripped out the laminate and put in a completely new floor. We stuck with the laminate, mainly because it's cost effective. Sure it's not wood and one can be snobby about it.. but we didn't care.. and it looks beautiful. :) 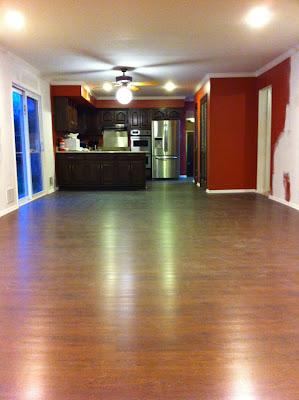 We spent this weekend finalizing our paint color.. come back Monday to see what color we chose.

Have you entered to WIN an adorable whimsical art print for your child's room yet? What are you waiting for?!