- September 05, 2016
this post was meant for last week but some error occurred and it disappeared and in the craziness that is life it took so long to re write it :(

Happy Labor Day my fellow American's... hope you are all enjoying your long weekend

Flying to Karachi is a minimum 16 hour ordeal.. there are no direct flights either. We flew via Emirates with an hour and a half stopover in Dubai. I started planning weeks in advance.. not so much for once we landed but mainly for the 16 hours it would take to get there.. I was very nervous about the flight. I packed snacks, water bottle, candy in case of emergencies like a crying fit.. I also packed a book each, a coloring book for H those invisible ink ones, activity book for D, a bag of lego's and play doh.. my bag was full! Plus of course extra change of clothes for everyone and plastic bags.. D is our resident vomitter. 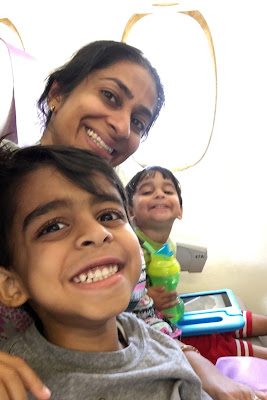 Thank God some twenty hours later we were safely in Karachi.. I say twenty because we had some flight delays in Dubai. The boys were both pretty good... I didn't get much sleep since they both decided to adopt different sleep cycles.. H was all about the play doh and D couldn't believe that he was allowed unlimited screen time. Emirates proved once again what a great airline it is M would disagree since they lost one of his bags. The kids got special kids meals.. good ones, D my picky eater gobbled it up and they provided such fun kids activity packets. 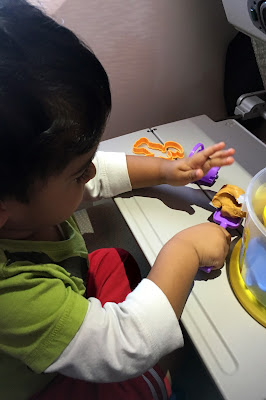 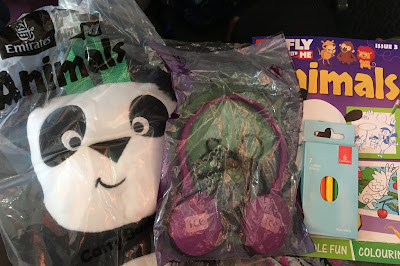 And then I was home.. or what I once called home.. and the boys were bathed with attention and love and hugs and kisses.. :) they were under the weather on and off but we got through it and we all still had a lot of fun. 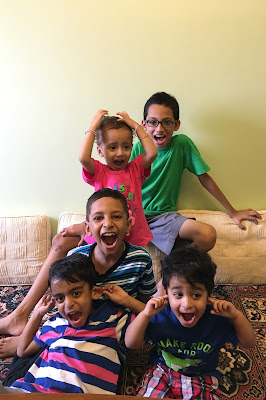 Cousin Reunion.. actually the last time they met two of them hadn't even been born 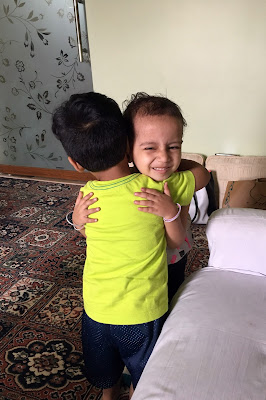 aww.. she is two months older than H 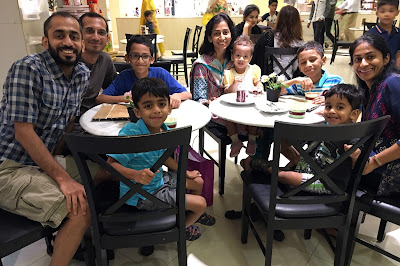 A mall day ending with dessert with M's sister and family. 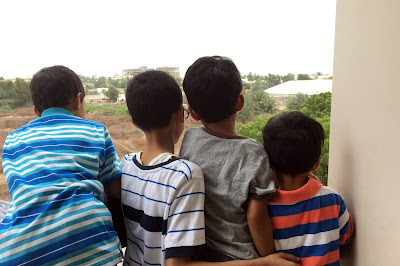 it's a boys club 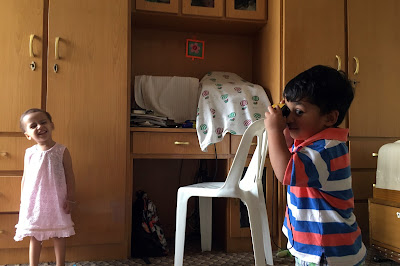 I can not think of anything cuter! 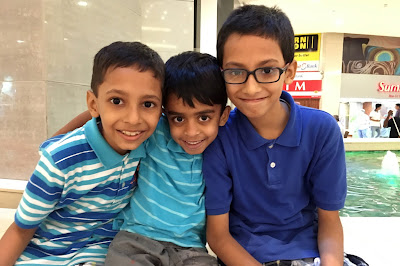 can you feel the love? 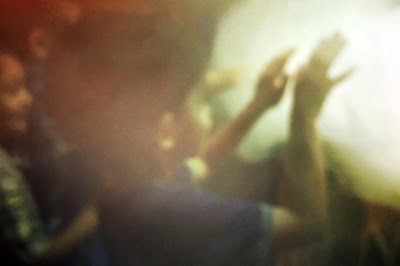 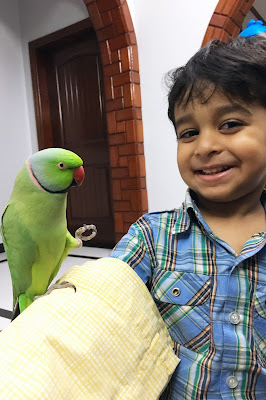 with my mom's pet parrot 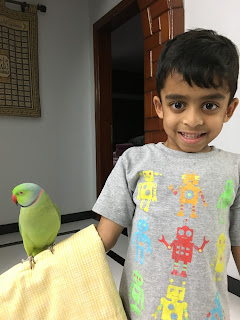 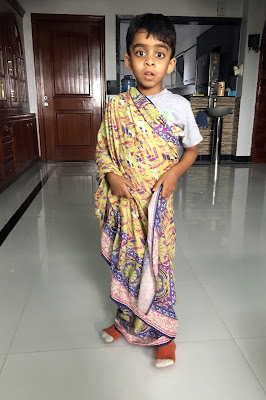 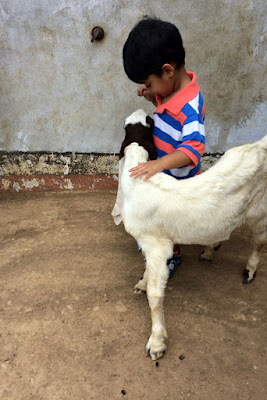 bonding with one of my brother's goats.. yes my brother has goats.. never did I think i'd be saying that 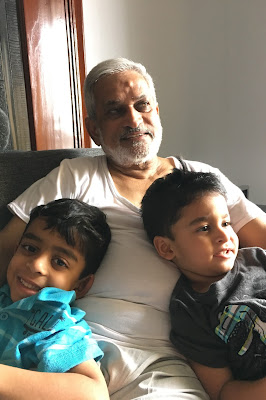 with their nanu (my dad)