- January 25, 2016
Remember my little tumble on the stairs.. well as you know I didn't get to rest a lot and while I tried to sneak in a little rest here and there why ankle still hurts.. and now the pain has started to radiate throughout my leg.. there should be a rule against mom's being sick/hurt! So three weeks after the initial injury I limped on over to meet with an orthopedic doctor.. meet my latest stylish accessory 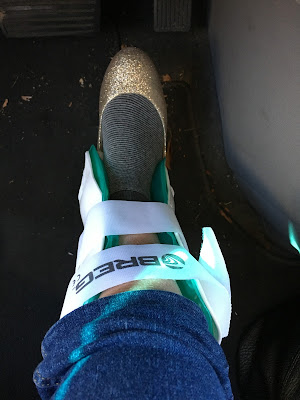 and thanks to Mr. AirCast I can not fit into any of my boots or cute shoes..! Four more weeks the doctor said :(

Don't start to feel bad for me just yet.. it gets better! While M was picking D up from somewhere he spotted a friend and while waving to him he managed to poke himself in the eye.. Now try waving and see how hard it is to poke yourself in the eye..not easy. I just have a really talented husband. :)
Eye drops and a little drops seemed like the solution.. but when he woke up the next morning he was still in pain. So off to the ER... again 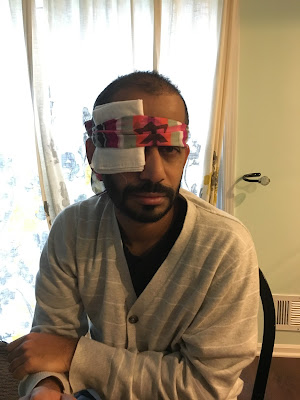 This was before we bought the eye patch.. putting that scarf to good use. So now since my man's depth perception was all wonky my sprained ankle drove him to the ER and did all the things I was not supposed to do while resting! A few days his eye got better phew and I could go back to putting my leg up on the weekend and resting..

But how dare I?  M decided his ankle now too hurt.. and I'm not saying he's lying or pretending.. why would he right? Right? But a phantom pain arrived and while he powered on and continued to let me take it easy.. weekends only since on the weekdays M of course has to go to work and involve me shuttling D around to his classes and then some.. and let's not even get started on H.. terrible two's have officially arrived! 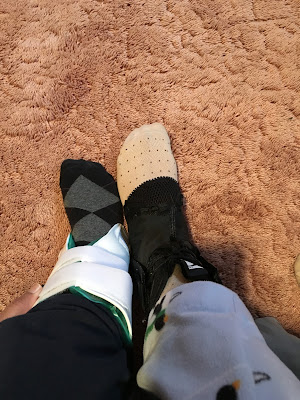 And while all this is going down our master bedroom and bath are still under renovations, we had moved into the guest bedroom with all our belongings and disassembled furniture placed in various rooms.. then while the master bedroom was 70% complete the contractor wanted to start working on the guest bedroom simultaneously.. so we moved more furniture and more of our belongings into D and H's rooms and moved into D's room for what felt like indoor camping..? A glimpse of the chaos we call life right now.. 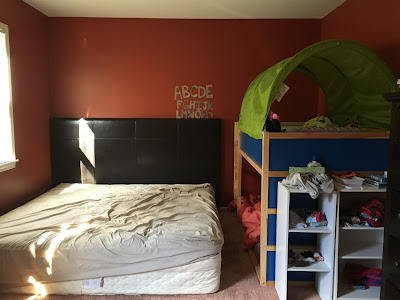 and then our house was hit with the flu! sick babies anyone? and then bit and pieces of their flu ended up in M and I.. 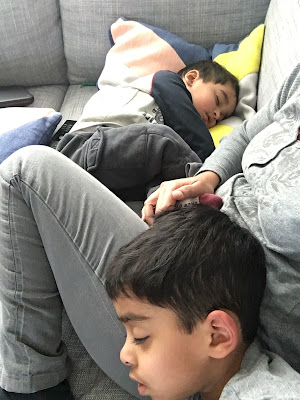 just in time for Storm Jonas to strike.. 30 inches of snow.. unbelievable. And not a single able body in the house to play in all that snow.. 2016 has been off to a rocky start. 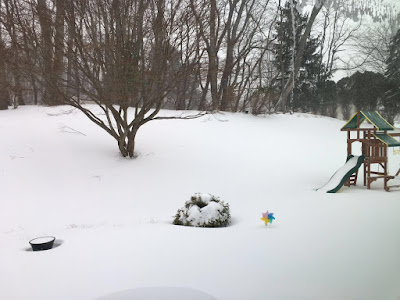