- August 06, 2012
I have always been a fan of animated movies.. My Little Mermaid, Lion King, Finding Nemo but once you have a kid and you are already watching cartoon all day the last thing you want to do is wind down at the end of the day and watch yet another cartoon.

My mother owns a parrot so when the movie Rio came out she was one of the first people in the theater, dragging my father with her to watch the parrot-tastic flick and she raved about it for days to come. So when I say it was on TV I seized the moment and dvred it immediately. Something to share with D. 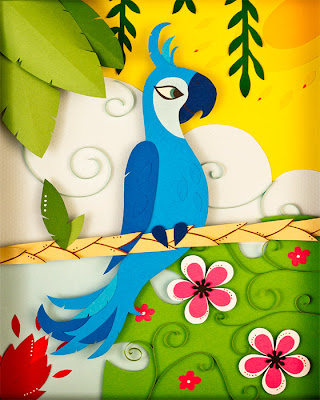 Aphlogist
The movie is adorable, the colors vibrant, the characters engaging and D is officially hooked. At first he could only sit through the first 20-30 minutes at a time.. then lose interest. But he liked it enough to make me play it more than once a day. Now, he can sit through the entire movie.. wide eyed and mouth open when he isn't acting out bits and pieces and he still insists on watching it multiple times..! 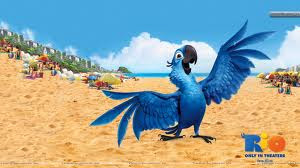 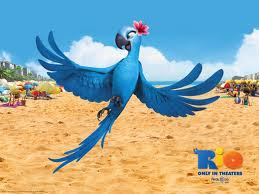 Have you seen Rio? Jesse Eisenberg voices the lead Blu and is perfect as 'the nerd bird'. The cast includes Anne Hathaway, George Lopez, Jamie Fox, Will.I.Am, Tracey Morgan and Leslie Mann just to name a few.
A few of my favorite quotes:
Blu: Not all birds fly! There are ostriches... Jewel: You are NOT an ostrich!


Blu: This is the coolest place I've ever seen! You know, despite the obvious health code violations! Rafael: Ha-ha! I like you, nothing you say makes any sense! 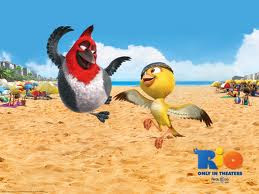 Pedro: You got pigeon dodo on your nose. Blu: Oh no no, this is just SPF three thousand.


Nigel: I poop on people and I blame it on seagulls.


Blu: Ah! This is the life. The perfect marshmallow-to-cocoa ratio.

Our (EARN) Indiegogo campaign is live I need your help to spread the word . Contribute, Share, Tweet, tell your friends.. anything you can do to help is greatly appreciated. CAMPAIGN