- November 30, 2020
How was everyones holiday? We spent four days doing nothing. Well actually they spent 4 marvelous days doing nothing.. I did what I have been doing since March, cooked, cleaned and was surrounded by my boys. While the holidays and long weekend were about getting some of that much needed family time, the pandemic has given us all loads and loads of family time.. I wouldn't mind some un family time right about now. Me, in the house by myself.. that would really be something. I am not trying to be negative.. everyone is ussually doing there own thing.. not exactly bugging me or anything but you get what I mean right?
I loved not having an alarm.. we woke up when we woke up, which is still queit early.. but then lazed about, made lots of pancakes and waffles and drank plenty of coffee.. earlier this year we started making pour over coffee and it is the best. One day the kids decided to make breakfast.. M chipped in to help but the boys hardly needed any. I am really really trying to teach them some basic kitchen skills, H is all up for it, wants to be a chef when he grows up. D not as enthused but he can make an egg. M on the other hand does not have a single cooking bone in his body. 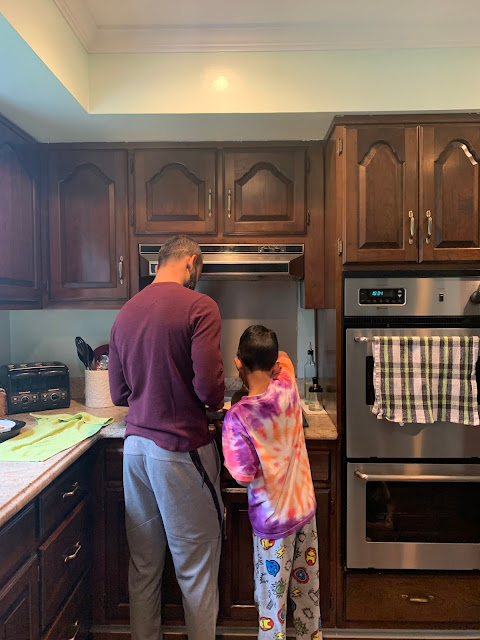 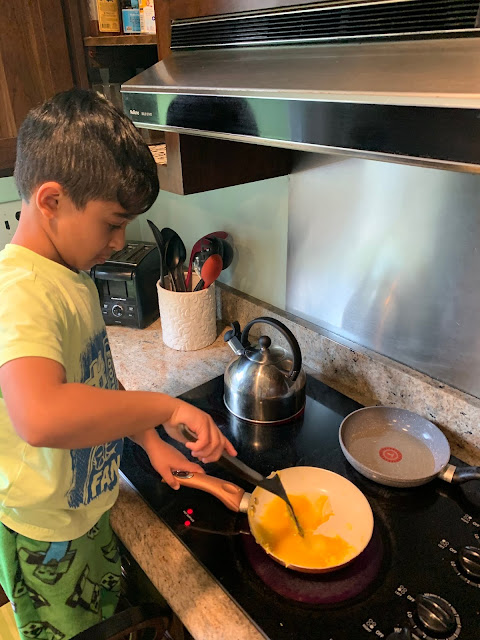 D was much more interested in the monetary side of things and decided to charge us for the so called sweet gesture! 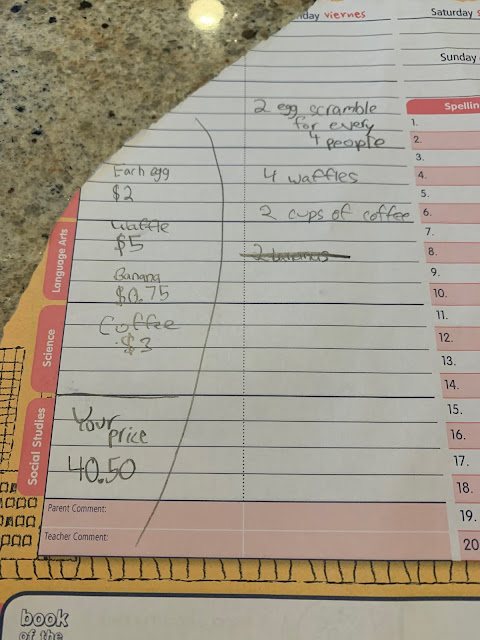