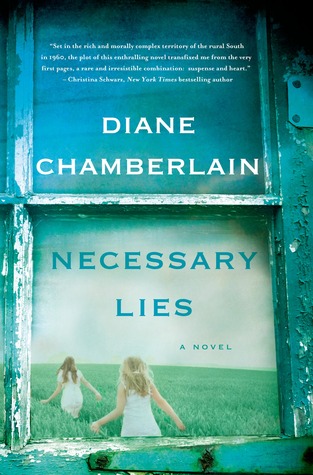 Synopsis - After losing her parents, fifteen-year-old Ivy Hart is left to care for her grandmother, older sister and nephew as tenants on a small tobacco farm. As she struggles with her grandmother’s aging, her sister’s mental illness and her own epilepsy, she realizes they might need more than she can give.
When Jane Forrester takes a position as Grace County’s newest social worker, she doesn’t realize just how much her help is needed. She quickly becomes emotionally invested in her clients' lives, causing tension with her boss and her new husband. But as Jane is drawn in by the Hart women, she begins to discover the secrets of the small farm—secrets much darker than she would have guessed. Soon, she must decide whether to take drastic action to help them, or risk losing the battle against everything she believes is wrong.

Thoughts- This was an extremely interesting and emotional read.. it would make a great book club book, its worthy of discussion. It talks about forced sterilization of women from poor families and especially those of color. I had no idea sterilization was once legal in America.. I obviously went down the wikipedia worm hole and read up all about it. Now while an appalling and controversial concept I must admit I  went back and forth on my opinion of it all. Logically speaking it makes sense to curtail the population of children born into poverty or children that have a greater chance of being born with a disability or disease. Then there is the voice in me that screams what about freedom of choice.. shouldn't we all be able to make an educated decision, but what happens when you are not capable of making an educated choice? There were so many thoughts.. which made this book a compelling read.

If you have read it I'd love to hear your thoughts on it.. and if you haven't check it out..