- May 08, 2017
The first stop on our trip was Charlotte but we did not have the time to actually explore the city. The time it took to get that far south from New Jersey and the time it would take to get back cost us two of our 9 vacation days.

Our second day was spent at the Chimney Rock State Park just outside of Asheville, near Lake Lure. The same lake where the water scene from Dirty Dancing was shot. Chimney Rock has over 6 different trails for all different skill levels and most very family friendly. We explored three different trails while we were there.

The first was the Great Woodland Adventure designed specifically for kids. 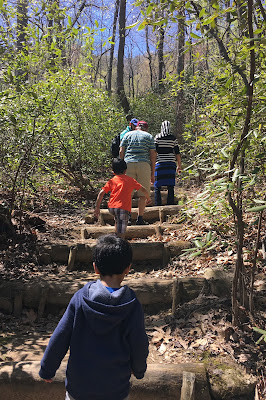 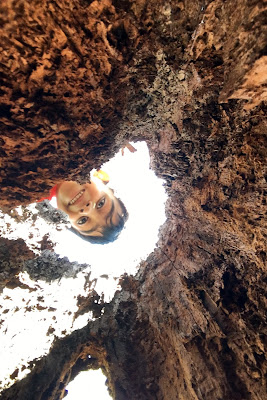 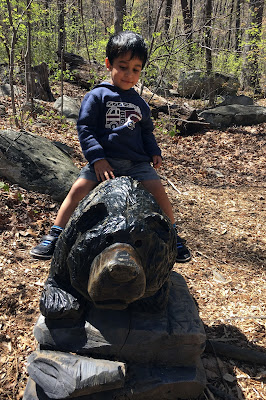 The second trail was Chimney Rock 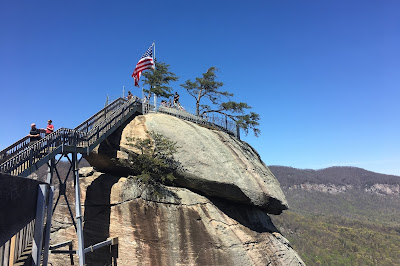 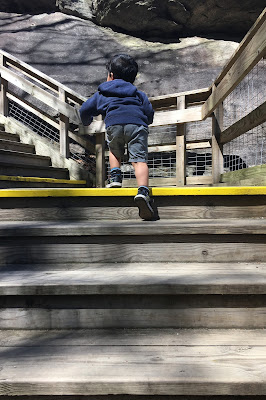 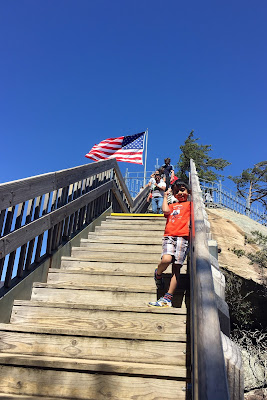 There were a lot of steps.. over 400 but the boys were real good.. and the view was totally worth it. 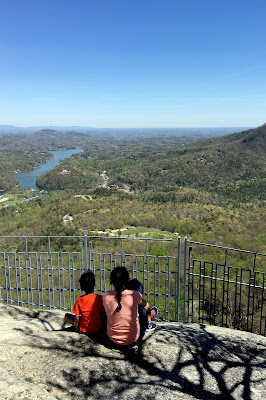 You can see Lake Lure from the top.

We asked the boys if they were up for another hike and surprisingly they both said yes! The third hike was the Hickory Nut Falls Trail 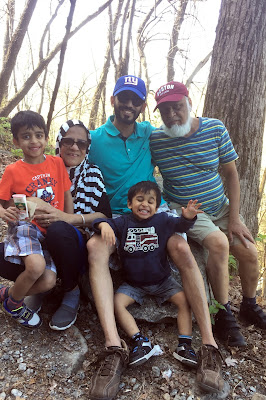 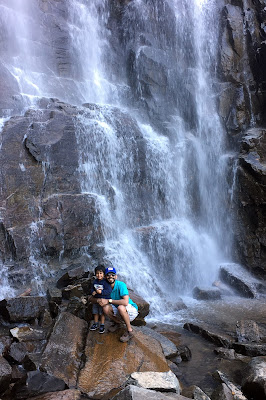 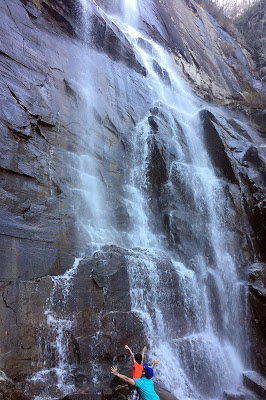 After a very satisfying day we got into our car and started to head down to Savannah.

Anonymous said…
What a great place for your boys who must have so much energy they need to burn every day.
5/08/2017

Jennifer Hays said…
The boys must have loved this! They're such troopers, look at them go. I hope they slept well that night for you after all the exercise. :)
5/08/2017

Kathrine Eldridge said…
Thanks for sharing these amazing pics. That waterfall is breathtaking! What a cool park to visit.

Rowena @ rolala loves said…
Looks like you caught some spectacular views on your hikes.
5/08/2017

Laura Mitbrodt said…
It looks like you guys had a great time
xo
www.laurajaneatelier.com
5/09/2017

Christina said…
You are fit! 400 steps would have been hard work for me. Love the views and the photos of your boys happily hiking.
5/09/2017

Julia said…
love this place! you had a great time for sure!
xx

Straight A Style said…
Looks like you all had a great time exploring!

awhite said…
What a fun hike with great views!

Unknown said…
Looks so fun! Would love to go to a hike out here someday!

Laura Marie Keenan said…
Looks like a gorgeous spot and so good for kids to explore!
5/09/2017

Pumpkin Delight (Kimberly) said…
Wow what fun! I have heard great things about Asheville. Looks like some beautiful hiking and very nice weather!
5/09/2017

Parrott Ponderings said…
Wow beautiful shots! Your boys look so happy too. That is great that they had the energy to do three hikes. :)
5/09/2017

Carrie said…
When I was scrolling through these photos I was thinking, WOW that is a lot of steps! But, so worth it! That waterfall is so pretty!

Simply Alexandra // My Favorite Things said…
What a great adventure trip and great photos. I am sure your kiddos will remember this for years to come! :) XO - Alexandra