We kicked it off with a trip to the Poconos with my brother and sister in law, leaving the kids at home with grandparents. I signed us up for a Zip Lining 3 Hour Adventure Course at the Skytop Lodge in the Poconos. This was the first time any of us had zip lined and it was awesome.. the course itself was crazy awesome.. there was four levels of obstacles.. perfect way to start the month.. now some horrible seriously unflattering pictures.. because it is not easy to take pictures nor recommended while 50ft up in the air trying to balance your self on a dangling rope, spinning log and swinging planks.. crazy I tell you!! 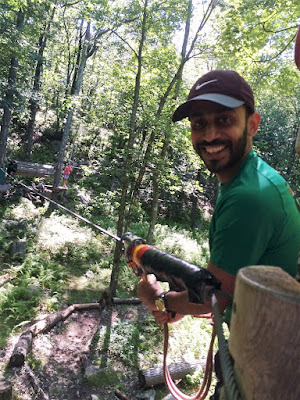 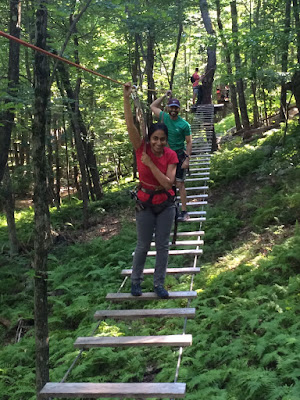 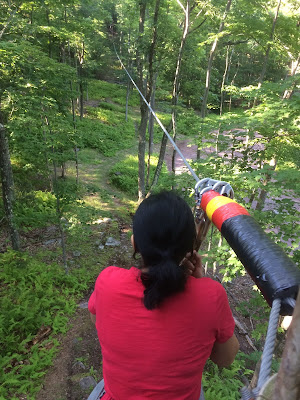 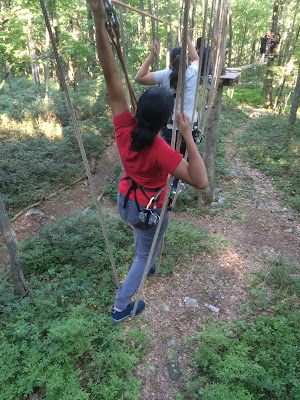 A few days later we joined some 50 or more friends to celebrate a fellow friend's birthday with a family friendly day on the water. H was too little so he spent the day at home with his grand parents while M, D and I headed back up to the Poconos for some river rafting.. 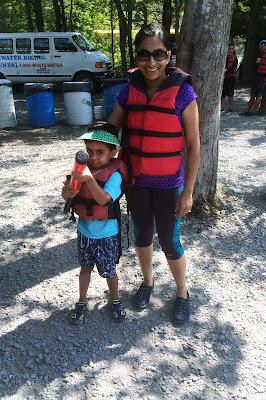 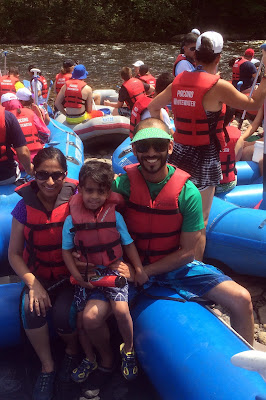 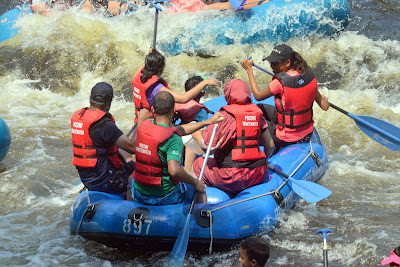 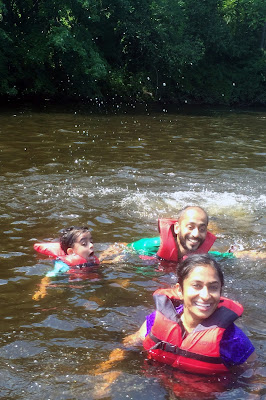 Our last adventure was a trip to Six Flags.. the old man and I haven't been on this many roller coasters in one day in a long time.. with kids you get more used to the tea cups etc.. and sometimes when we have parents with us we may squeeze in a more thrilling ride here or there.. but 9 in a day.. I can not remember the last time.. We left the kids with the grandparents.. thank god for awesome grandparents and hit the park with my brother and sister in law. 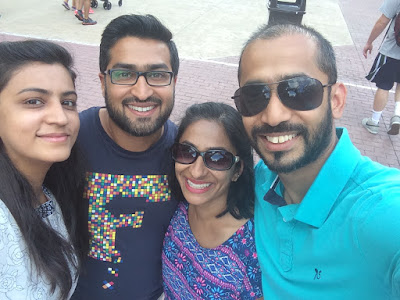 It was thrilling, stomach churning fun.. so much so that I dropped my phone on one the rides.. and not just any ride.. the insane Kingda Ka.. it reaches the height of 456 feet and you can not pay me to get back on that thing.. well maybe you can but you get the idea. And as if that wasn't bad enough M had to run off the 8th ride the moment it ended to throw up!

And with that our adventures came to an end.. this August ranks pretty high up, may just be one of the best August's ever.. next August has some tough competition.