It All Started with a Book

- September 28, 2015
Every two weeks we hit the library.. bring home a stack of books to read through before bedtime. A few weeks ago we read The Dancing Clock a story based on the Delacorte Musical Clock in Central Park near the Central Park Zoo. I told D that the clock was near by, we had seen it before.. walked by it a few times. He didn't remember.. nor did he believe me. 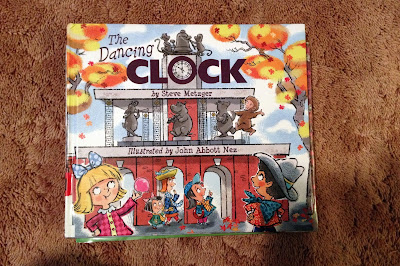 So obviously this called for a field trip! And while we were making the trip to Central Park I decided D was also old enough for a visit to the Museum of Natural History.. 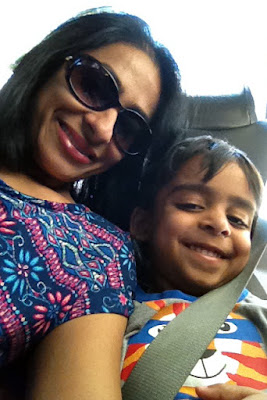 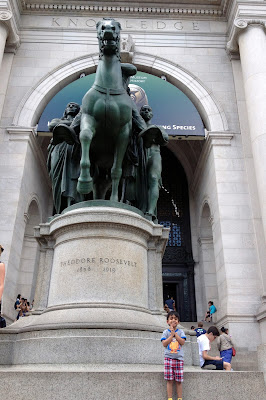 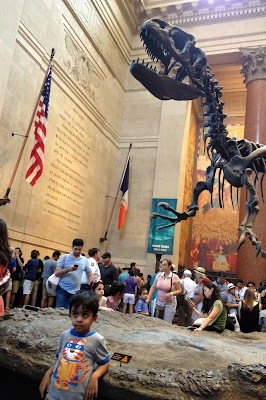 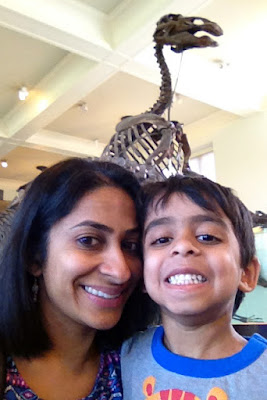 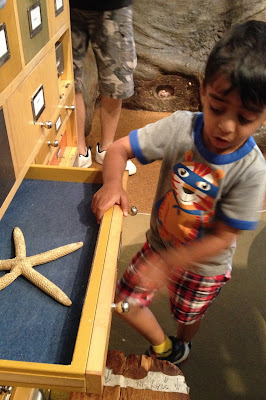 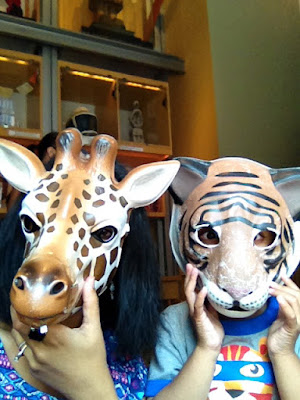 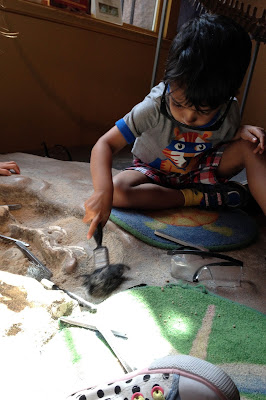 after the museum we took a stroll through Central Park.. it was actually less of a stroll and more of a dragging D through the park with the promise of ice cream.. the poor child was tired and the promise of ice cream was the only thing keeping him going.. at one point he walked shoe less and I even had to carry him for some of the stretch.. it was quiet an adventure. Once we found ice cream we found a nice shady spot to sit and took a sweet break.

After which D had enough energy to stop by one of Central Parks many playgrounds for a few slides and then we were off again on our quest to witness the Dancing Clock..

We took a few more stops at the Central Park Conservatory to watch the sailboats and the Alice and Wonderland sculpture also commissioned by George Delacorte, the man behind the clock. 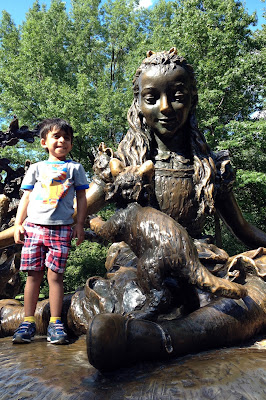 At last after a long long walk we finally arrived at our destination.. found M waiting for us and took a seat at a near by bench waiting for the clock to strike six and the dancing to begin.