- August 31, 2015
Whoa.. when I decided to take a break I had no idea it was going to turn out to be this long.. I guess I was waiting for a sort of routine to form.. a sense of normalcy to return.. and I suppose my right now is as normal as it can possibly get..

Where I left off we were days away from D big birthday party, weeks away from Ramadan, I had a contractor in the house and my mother had just arrived.. I had so many pictures of all of these events and was looking forward to sharing in the coming weeks but I had a bit of a problem while I was backing up my computer and accidentally ended up deleting some stuff.. PERMANENTLY! still more than a bit pissed about this. 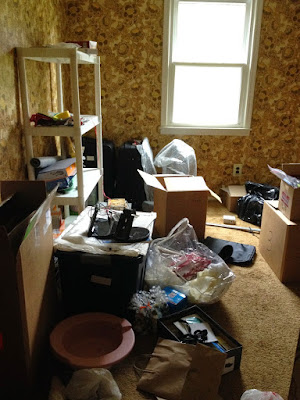 The room started looking like this.. with an equally horrendous carpeted bathroom!! 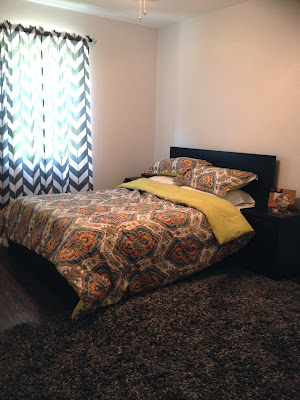 and the end result.. so much better! 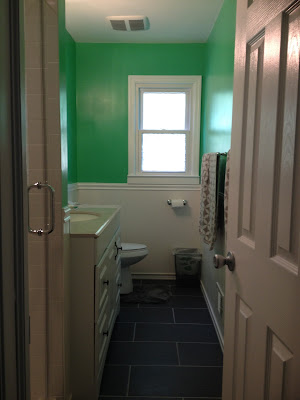 I wish I could show you just how bad this bathroom was..

In the next few weeks our roof started to leak and we started to meet with roof guys.. :( and while they were already ripping out our roof we thought we'd get rid of our bug and woodpecker magnet.. patch worked sorry excuse for siding too.. scroll down a bit to get a glimpse and see that I do not exaggerate.

H went through and still is kinda going through a I hate to sleep at night and just want to scream phase.. meaning while before I used to work while he napped now I nap while he naps.. not very productive.

My mom was still here when my in laws arrived and a set of my friends arrived from back in the day.. so my house was full.. full of people, food, late nights and laughter.. friends left and my brother and sister in law arrived. 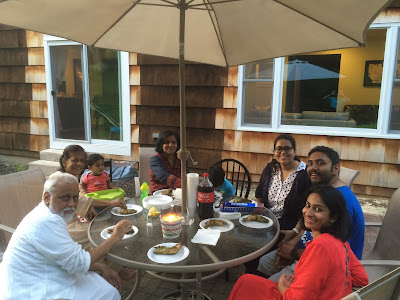 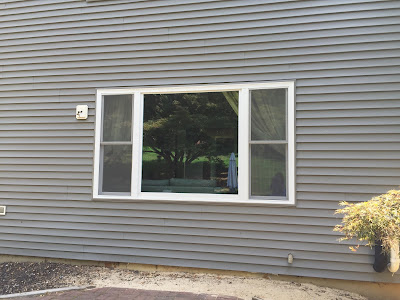 and as if our life wasn't already exciting enough.. M changed jobs and we were able to experience something we had never experienced before.. his current contract had a non compete, which meant that he was to wait a month before he could start his new job. And while in the beginning it didn't sound like a good thing.. it was.. it so totally was.

So today.. it has been over a month since my mother left, my in laws are making the transition to live with us permanently, my brother left over the weekend and my sister in law is planning on staying with us for a bit longer. In a few days M will go back to work, D will start kindergarten and a new routine will form.. and we'll see what the rest of this year has in store for us.. hopefully I will return to my regular posting schedule :)

I'd also like to introduce you to the blog's new name.. because less face it, the blog is a lot less about photography and a lot more about us. :)

Katie Crafts said…
Sounds like a very busy (and awesome!) Summer! LOVE that shade of green in the bathroom!!
8/31/2015

Stefanie said…
Your bathroom remodel is terrific! What a pop of green. Welcome back and the new header is great.
8/31/2015

Midnight Cowgirl said…
Sounds like a busy summer! Love the green walls in the bathroom :)
8/31/2015

Pumpkin Delight (Kimberly) said…
Welcome back! Wow! It sounds like you've been busy, but very productive. How fun to have friends and family all under one roof and time to spend with them.
Can't wait to hear about the first day of kinder! How exciting!
All your improvements look great.
9/01/2015

Unknown said…
Nice to have you back. Looks like you had a busy summer.
Love the new face of your blog.
Looking forward to hearing more.
9/01/2015

Cam & Sarah said…
You have been busy - bet you're looking forward to a routine returning! Good luck with the transition to Kindergarten.
9/01/2015

Salty Pumpkin Studio said…
I love the vibrant color in the bathroom. Wow, you are busy. I love the new siding.

Elle Sees said…
my what a busy time you've had! i appreciate you coming back from your break and keeping us updated!!
9/02/2015

Melissa said…
Glad to have you back, Hena! I'm SO sorry about the data you lost. That SUCKS! But great news on the renos and family time, the in laws moving in and your husband's new job! Our littles are back to school next week too. Oliver is heading into grade 3 and little Charlotte has still a year to wait before she starts kindergarten. More preschool for her!

Christina said…
Welcome back! Glad you got to spend time with friends and family :)

sonia // daring coco said…
Hello again! My you've been busy. I love the new layout and the new title. It is perfect. Loving the transformations in your place, especially the bathroom. If I were eating something I surely would have choked after reading that it was previously carpeted. I can't help but shudder at the thought of a carpeted bathroom. Gross.

Jane @ anothermommablog.blogspot.com said…
I love the new look of the blog, and the siding looks great. I'm sure you're thrilled to get rid of the woodpecker magnet. We use to have that too, and the sound was really unnerving to say the least! Looks like a lot got done along with lots of family time, which is always a plus.
9/03/2015