- November 04, 2013
This was D's fourth Halloween.. he was just a wee little thing on his first, his second was cancelled due to a freak snow storm knocking out all power, his third was celebrated sometime in November thanks to Superstorm Sandy and no one exactly dressed up.. but it was the day he discovered candy! I wanted to make this year special.. not sure if he really understood the question of 'What do you want to be for Halloween?' I decided to keep it simple and go with his favorite cartoon character.. MICKEY MOUSE! I didn't want to spend a lot of money in case Mother Nature started pms-ing again. So we hit the Dollar Store. It cost me under $15 to put the three costumes together. 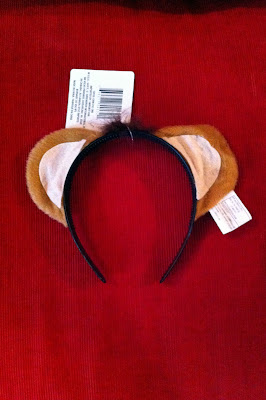 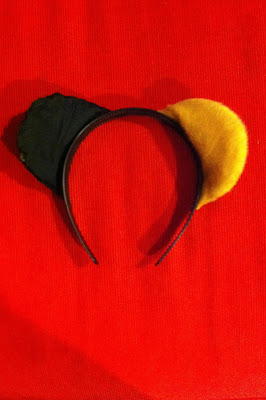 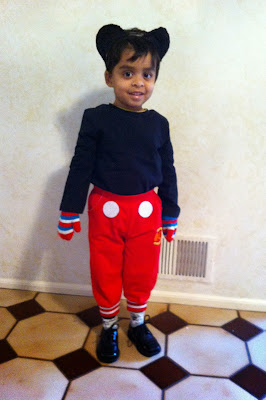 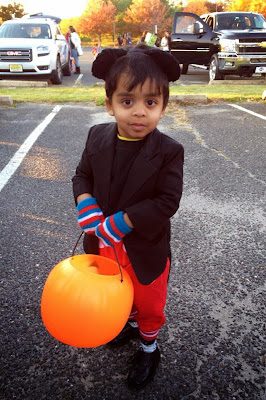 Bear ears and tail turned into Mickey ears and tail with black fabric bought at Hobby Lobby. He already had a black shirt and red pants.. I added big felt circles to his pants to make the buttons. It was cold outside so he wore his mittens and his tuxedo jacket..  I am the worst with a needle in thread.. ask M's unevenly hemmed pajama bottoms. But when I showed D the pants he instantly recognized them a Mickey's pants and danced around in them all day.. that for me was the highlight.. I couldn't help but join in on the dancing and squealing with joy. 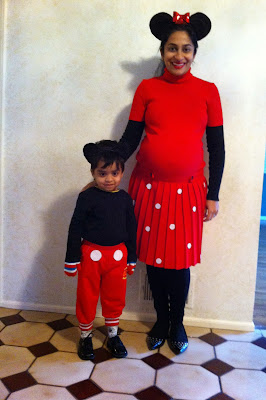 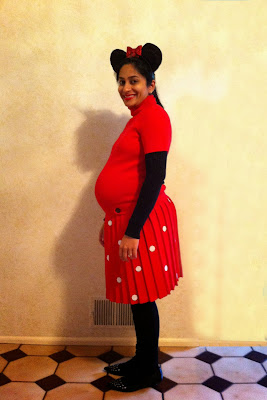 I added a red sequenced bow also bought at Hobby Lobby to my ears and smaller white felt circles to a red sweater dress I already owned. 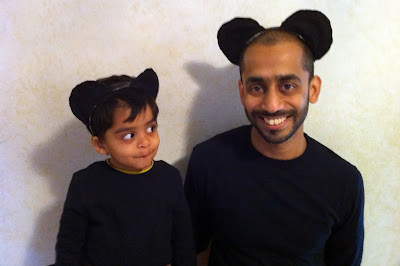 M make did with his maroon pants.. though he took off the ears pretty quickly and replaced them with a fire hat..

This was the first time M had ever dressed up for Halloween and I hadn't dressed up as anything since I was 10. But seeing that most of the parents where out and about costume less make us think we may go without too in the future years.. 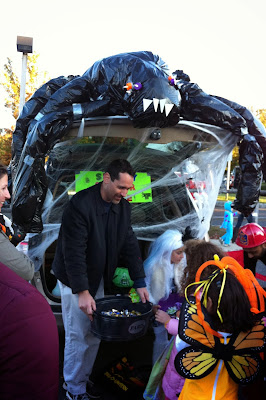 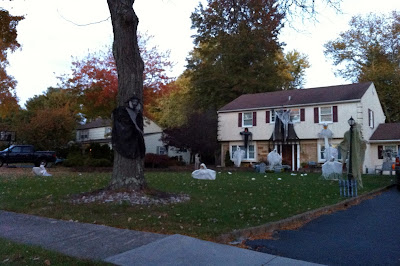 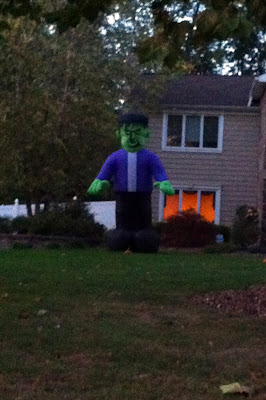 We wrapped up the night with some trunk or treating and check out some of the spooky houses in the neighborhood. The iphone pictures do not do them justice.

Hope you all had a great Halloween!

s said…
omg you guys are so cute! my friend and her son were also mickey mouse . hope u had a great halloween! xO!
www.thehautecookie.com

Salty Pumpkin Studio said…
Adorable photos! You did a fantastic job putting it all together!
I love the focus on the entire family dressing up in theme. I think its great memory building for the children as much as the adults.
11/04/2013

Jennifer Hays said…
I love it!!! These costumes are adorable and how happy you all look! D's pants are so cute. And you are the sweetest little pregnant Minne Mouse! Aww. I'm glad you finally had a good Halloween for D. :)
11/04/2013

Caroline said…
Goodness, SO precious! It was completely worthy as a first Halloween, and as one to remember!
11/05/2013

Claire said…
aww, so cute! i ended up going as minnie mouse too! i just saw my kiddos ears/headband and decided why not!!!

Unknown said…
Ah, you guys look so cute! I love the dollar store! I just went there yesterday for a few things, and their Christmas stuff is so impressive! No reason to pay more elsewhere. Also, you look fantastic!
11/06/2013

Courtney [Sweet Turtle Soup] said…
You are the best looking Minnie especially with your beautiful round belly! You all look so cute dressed for Halloween.
11/06/2013

Unknown said…
Those costumes turned out adorable!! I'm glad Mother Nature cooperated for you this year!
11/07/2013

Brooke said…
You have such an adorable child! Cute costumes!

Anonymous said…
Aw, he looks adorable! I hope you all had a great time, and glad that mother nature kept her hormones in check ;) That spider on the car is quite something... :D
11/11/2013

Matthew Spade said…
How sweet is that.