- September 12, 2013
We spent Labor Day with family in Houston. My sister in law was celebrating her daughter's first birthday and us having little to no family here it was nice to join in on the festivities.. plus D got a kick out of meeting his only girl cousin.. he was actually the big brother for a change. It was interesting to see him in action.. a preview of sorts. Wagging his little finger at her when she made a mess.. 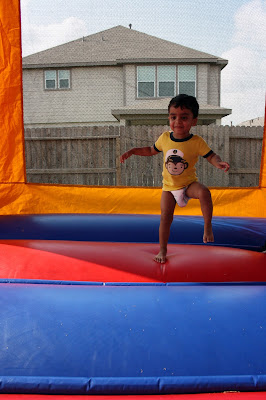 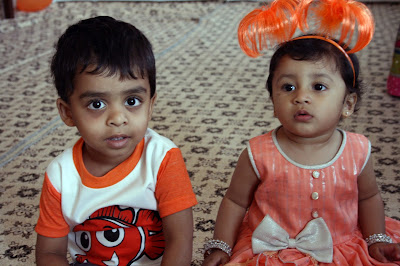 All dressed up! The theme was orange and white. All the kids attending wore matching Nemo shirts. 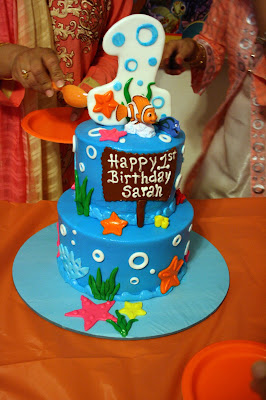 The next day was spent with M's sister and M's cousin and families day tripping in Austin.. which was great fun except for the scorching heat.. 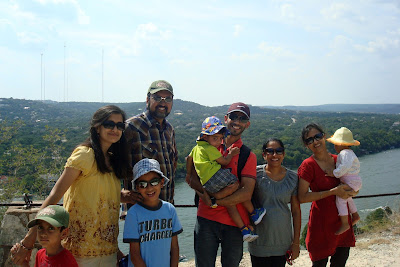 Got the view from Mount Bonnell.. spent just enough time baking under the sun to take a picture. 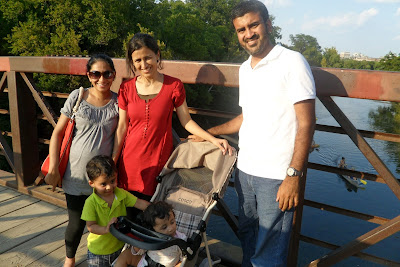 At the Zilker Park.. weighing our options of what to do next.. the kids not loving the heat... and then it starts to cool down 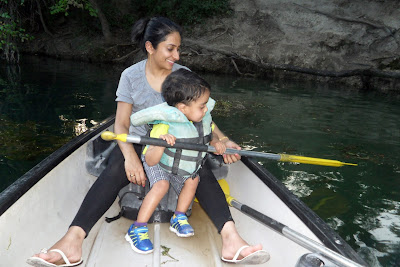 So we rent a couple kayak's and take to the water.. D loved rowing.. me and my flip flops were unprepared but it turned out to be the highlight of the day.. 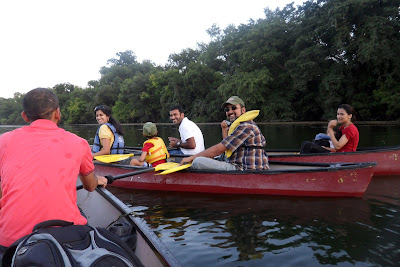 Took a while to get a hang of the navigation, playing bumping kayak's for a bit. We wrapped up the night with some Lebanese food.. and then the oh so long 3 hour drive back home.

We started day three with a late breakfast at The Egg and I.. I was so hungry I was done by the time I even thought of taking a picture.. while the coffee was disappointing.. the cinnamon apple granola pancake was delicious.. need to try to replicate it at home.. and M's banana bread concoction while not as good as mine was also a good choice.  Later we headed over to the downtown Aquarium.. which is part aquarium, part restaurant, with a few rides; a carousel, train, Ferris wheel and the likes. 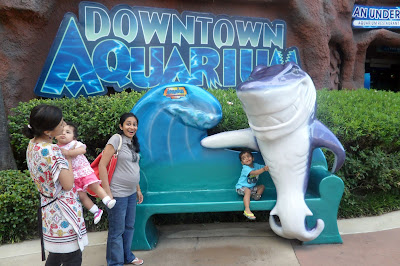 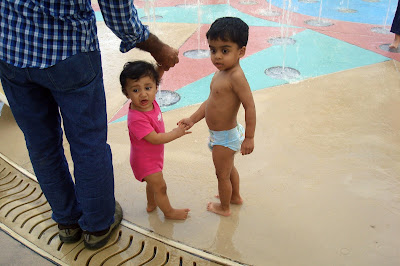 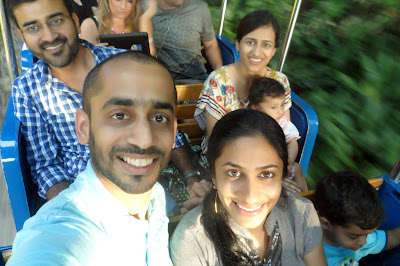 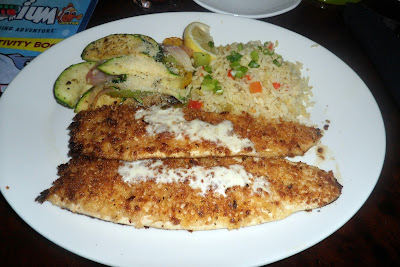 M had the delicious trout and I the Cajun shrimp and pasta.. 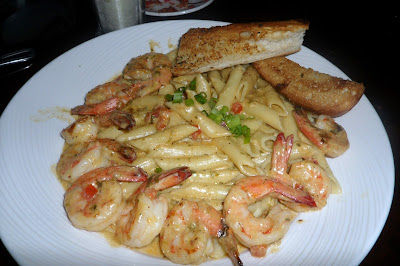 and then ended the night at a driving range.. called Top Golf. 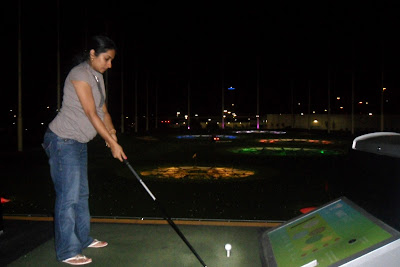 Never thought I could like golf.. but this I could see myself doing often.

The next afternoon we got ready to head back home.. but not before stopping at the Genghis Grill for lunch. 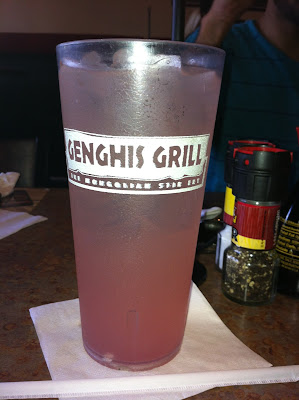 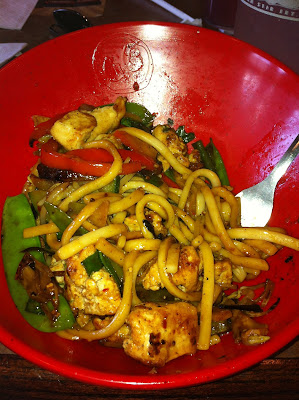 Jennifer Hays said…
It looks like you had a nice trip! I love the photo of D jumping, he's having a wonderful time. You had great food, as always!
9/12/2013

Jane said…
looks like a wonderful time with family! matching nemo shirts sound so cute. i once watched nemo 5 times in a span of 2 days while hanging out with my friends' and their kids! :)
9/12/2013

Akshara Vivekananthan said…
Austin and Houston are always nice places to visit, especially with family in tow. I'm from Texas and I just moved to Chicago, so I miss it! Looks like you had a great time!

sonia // daring coco said…
Looks and sounds like an awesome time away with the family. I love how he's getting a little practice on being the protective brother!

Loulou said…
It sounds and looks like it was a good time! Everyone looks very happy. I've been to a driving range a couple of times and it is fun.
9/13/2013

Briseidy said…
great pics! looks like you had lots of fun with the family!
love the cake, too cute!
thanks for stopping by ;)
9/13/2013

Corinne said…
Looks like you had a great time! Those kids are so cute =)

Jill said…
Looks like a wonderful time! Children are just adorable and that cake is so cute! Have a wonderful week ahead!