We Baked a Cake

- January 07, 2013
D turned two and a half just before Christmas.. I took it as an opportunity to introduce him to the world of baking. He has helped me out in the kitchen before but never have I let him be in control of the process from start to finish minus oven duties.. though he did spend a lot of time at the oven door staring in. 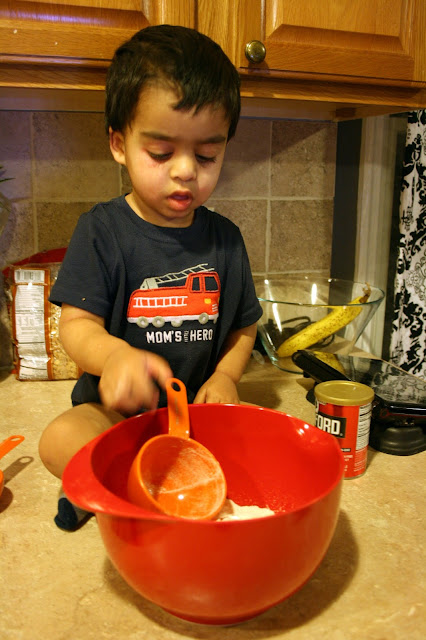 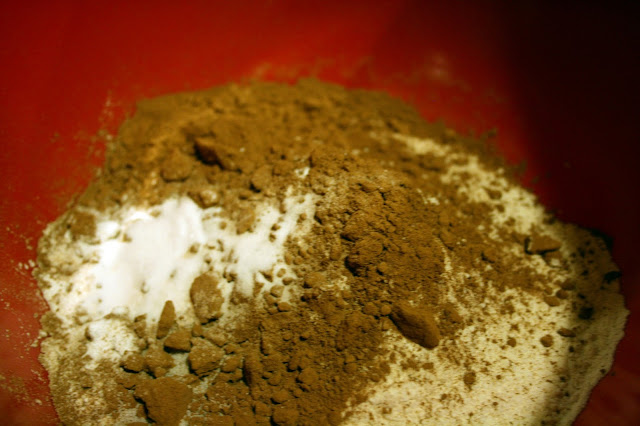 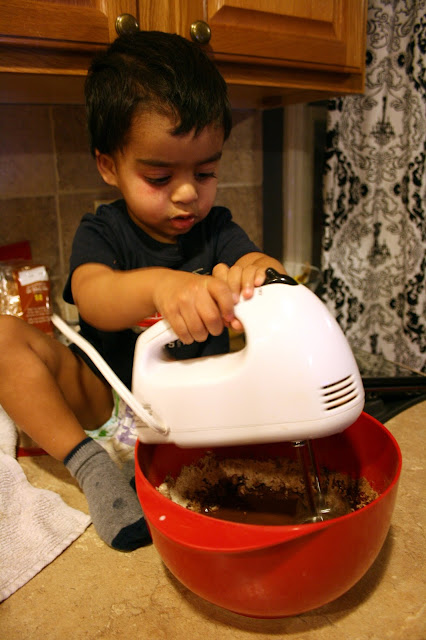 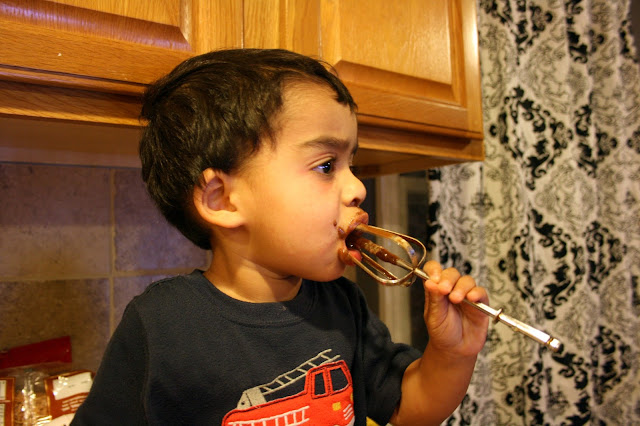 He has yet to grasp the concept of licking.. he just stuffed the whole whisk in his mouth. 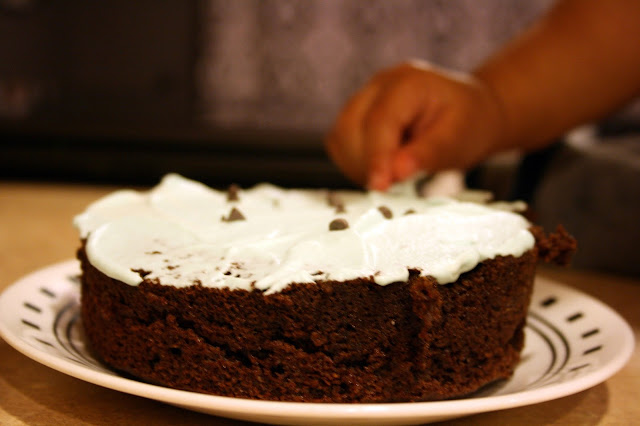 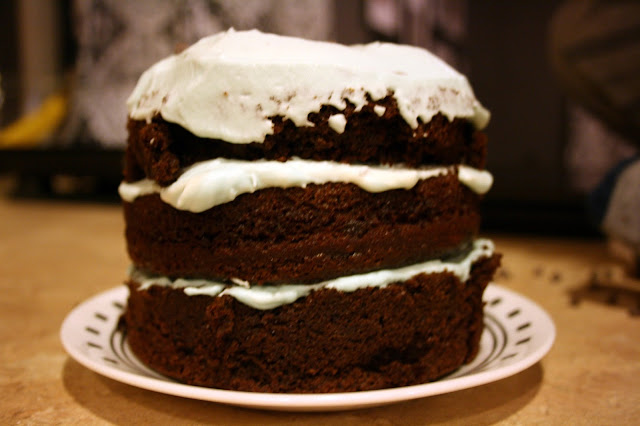 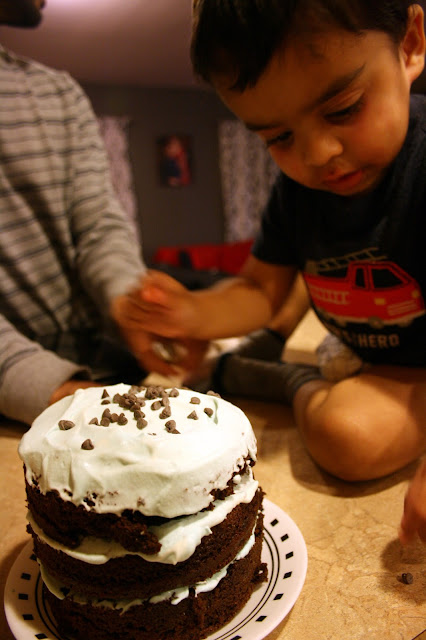 He was so tired with all the mixing, licking batter and decorating that when the cake was ready and it was time to dig in he ate a bite, laid down and said no. Ah the life of a baker.

Bake 30 to 35 minutes or until wooden pick inserted in center comes out clean. Cool 10 minutes; remove from pans to wire racks. Cool completely.

Whipped Cream
In a large bowl, whip cream until stiff peaks are just about to form. Beat in vanilla and sugar until peaks form. Make sure not to over-beat, cream will then become lumpy and butter-like.  Add in 3 drops of red food coloring and beat until color is distributed.

Note: I used half the recipe and baked two 5in round pans