Going to the Movies

- August 16, 2012
When people have children so many stop doing things and going places.. they stop eating out, reading, taking vacations.. when we had D we had decided that we were going to make a greater effort and try to not let that happen to us.. so when he was just a few weeks old we took him to his first restaurant, at six months we took him on his first vacation.. and at 20months we decided it might be time to try his first movie. There were no animated movies playing at the time so we decided to settle for a family movie instead. D was fresh after his afternoon nap, we bought him his favorite, popcorn and we settled in our seat to watch Journey to the Mysterious Island. He was too light to keep the seat down so M had to weigh it down with his knee.. D was ecstatic.. he was laughing and clapping and the movie hadn't even started yet.. long story short he sat still for about the first 20mins before he wanted to leave.. we took turns taking him out but the moment he was outside he wanted to be inside again.. it was an unsuccessful outing. 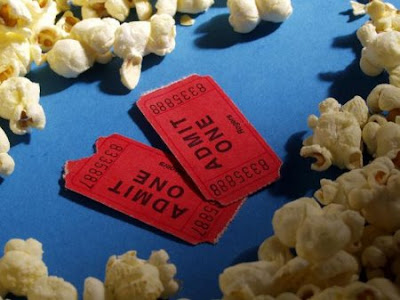 We tried again at 22months. I wanted to go watch The Hunger Games.. this time we decided to change up our strategy. We decided to wait till it was almost bedtime, this way he'd eat some popcorn and then eventually fall asleep. He is a sound sleeper so we saw no flaws in our plan. We failed yet again. He did not sleep and started to get cranky.. M took him out and drove him around till he did fall asleep and then I held him through the rest of the movie.

You can see by now that we are anything but quitters as well as the fact that we haven't opened up to the idea of a sitter yet.. Last weekend we tried yet again at 25months. We rethought our strategy. This time we were going to take him after he had already gone to sleep and take our umbrella stroller with us so that we didn't have to hold him. This plan sounded fool proof.. as fool proof as a plan involving a toddler could be. He was fed and in his pj's.. went into the car seat asleep.. i got out in front of the cinema to buy tickets and he was still asleep.. the plan was going to work! M parks the car and opens D's side of the door to find a very awake smiling toddler. We had 30mins before the movie would start so I hopped back into the car and we hoped we could drive around till he fell asleep again.. but D had started to giggle.. he was actually giggling in the back seat and saying stop and go at the changing of the signals. It was so annoyingly adorable I wanted to hug him. It was only a few minutes before the movie would start.. we didn't have a choice, we had bought the tickets already. We took him in, awake, sans popcorn and found seats that would make for an easy getaway. 20minutes in and he had drifted off into sweet slumber and we enjoyed The Dark Knight Rises.

We won't be making a habit of this.. it was too stressful. Though we may try again in a few months, when something we really want to watch is playing.

When did you first venture out with your child to the movies? How did it go? What movie did you choose?


Get my post directly in you inbox with Bloglovin
I am now also offering ad space. See Sponsors for more information.


at the movies dark knight rises the hunger games toddler