- June 18, 2011
It's Father's Day.. tomorrow June 19th is Father's Day, the third Sunday of June, the same time it is every year yet I let my husband sleep in last Saturday on June 11th. When he woke up we all went out to breakfast at Toast in Montclair to beat the Father's Day rush on Sunday. I thought I was being so clever. 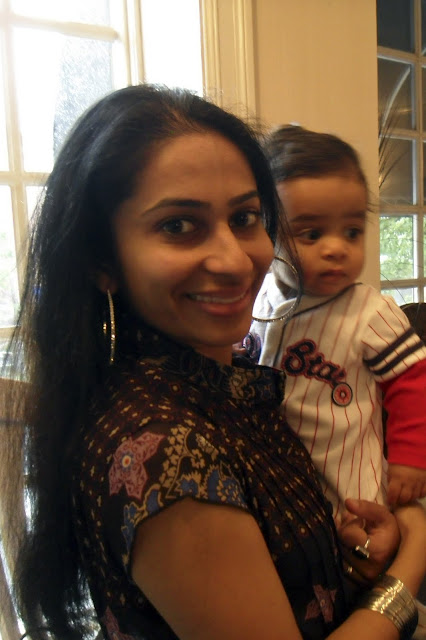 On Sunday D and I woke him up with a little present. I called my dad who lives continents away to wish him a Happy Father's Day while he sat wondering why my brother didn't say anything to him even though they live in the same house. We convinced my brother that he was a bad son for forgetting; only for me to realize half way through the day that it in fact was not Father's Day on that Sunday. That my brother was right and I was wrong.. something I don't like to admit. The day ended in giggles and laughter.. not a bad way to spend the weekend.

So now what to do when the actual Father's Day rolls around? You do what matters the most, more than the presents and a special meal. You tell them how thankful you are for them. How you are who you are today because of them and you love them. After all isn't that what any parent really wants to hear?

What are you're plans for this Father's Day? Any special traditions you have that you do every year?